Pros and cons of buying a house with a bad roof

For a lot of us in Winnipeg, when we’re in the market for a new house, if it has a bad roof, we’re probably more inclined to pass. Knowing the age of the roof is very important as well. That should give you some kind of indication of approximately when you’ll have to replace it if it doesn’t look too bad. 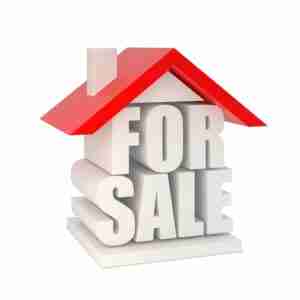 Fixer uppers vs ready to move in

One of the first things to consider is if you are willing and able to put some work into the house, or if you just want to literally turn the key and move in.

If you are in the market for a fixer upper, there are two options for fixing your roof. One is that you could replace your roof yourself. The other option is to hire a professional Winnipeg roofer.

Extent of damage to the roof

The other thing you want to look at is the extent of the damage to the roof. If it’s really bad, be careful because there could be damage that is not visible.

Underlying problems, such as rotten wood, can add a lot of extra money to the cost of replacing your roof.

One good thing about looking at a house with a bad roof is that you might be able to use it as leverage to get a better price.

There’s a good chance that the homeowners or realtor has already taken the roof into account, but there’s also the possibility that they’re leaving it up to the potential buyer to make the first move.

Either way, if the house does need a new roof, make sure to get a quote from a Winnipeg roofing company. You should probably add at least another thousand dollars to the quote to account for any damage they might find underneath the shingles.

It’s important to remember that the information you read on our website is not to be considered legal advice. With that said, you could ask if there has been any previous insurance claims on the roof. The homeowner may not be obliged to tell you, but it can’t hurt to ask.

Maybe the shingles had blown off during a previous storm, or there had been physical damage from falling debris.

Previous roof damage could have led to other damage that you would never be able to know about during a simple home inspection.

Stipulations in the purchase contract

If you are worried about any unseen damage, and you want to protect yourself from any surprises once you do get your roof replaced, you could always put a stipulation in the contract that says something about covering surprise costs, if they happen.

The downside to this is that the seller may simply not sell you the house. The other downside is that this would probably take away any extra buying power you have because of the state of the roof.

Remember that you’ll have to have a quote, or multiple quotes, from Winnipeg roofing contractors before the sale of the home is finalized. The other thing is that you’ll probably have a strict timeline to get the roof replaced in order for anything to stay valid.

Another thing to keep in mind, and probably be aware of, is if the seller offers to fix any damage themselves. Chances are they’re going to look for the absolute cheapest solution. There’s no way that you would be able to guarantee the quality of workmanship.

Get in touch with us today!